Women from across Ireland are coming together to talk about issues that affect us all.

Speakers from the fields of law, psychotherapy, education and journalism will share their experience and concerns about how changes in law, policy, and the meaning of gender impact women, children and society. It promises to be an informative and engaging afternoon.

The cost is €30 per person which includes tea/coffee and biscuits. If you’d like to join us please email: [email protected]

The venue is fully wheelchair accessible and limited concessions are available.

Looking forward to seeing you there.

Stella O'Malley Why we need to speak freely about gender

Psychotherapist, founder and director of Genspect, Stella will talk about the importance of speaking freely about gender. Stella has written three books: ‘Cotton Wool Kids’, ‘Bully-Proof Kids’ and ‘Fragile.’

Genspect is an international alliance of professionals, parent groups, transitioned people and detransitioners which seeks to promote reasonable and well-informed voices in discussions about gender.

A writer and activist with a background in biotechnology, engineering and the humanities, Christina will share her expertise on how gender self-id was introduced into Norwegian law and the effects it has had on the rights of women and girls. She is the director of Women's Declaration International Norway and Norway's only publisher by and for women, Matriarken Publisher. Christina is being investigated by the Norwegian police over asserting that men cannot be women, girls, mothers or lesbians after Norway introduced the concept of “gender identity” into Norwegian hate crime laws.

Helen Joyce is the author of ‘TRANS: When Ideology Meets Reality’, published in July 2021 by OneWorld and in paperback since May 2022. A Times of London and Spectator book of the year, it is a UK and Amazon top ten bestseller. Until April 2022, Helen was The Economist’s Britain editor. She now now works as Director of Advocacy for Sex Matters, a human-rights organisation that campaigns for sex-based rights.

Anya Palmer Forstater and the implications for Ireland in the EU

Anya Palmer is the Irish barrister who, along with Ben Cooper KC,  successfully represented Maya Forstater in her landmark case against her former employer, which established that the right to not be discriminated against on belief grounds includes ‘gender critical’ beliefs – that sex is real and it matters and should not be conflated with gender identity. Before coming to the bar, she worked for Stonewall, where she was involved in a number of high-profile test cases seeking to establish equal rights for lesbians and gay men.

Rev. Prof Anne Lodge The school curriculum in relation to SPHE and RSE; parents’ rights and the range of views of stakeholder bodies on gender identity

Rev. Prof Anne Lodge is a teacher educator. She is the Director of the Church of Ireland Centre in DCU. She is a member of the General Synod Board of Education and was its nominee to the NCCA's development group on RSE.  Her PhD in the 1990s explored children's expression of gender identity in their playground and classroom interactions. She has co-authored and co-edited books about equality in education and recently co-authored a paper on teaching & learning RSE in post-primary schools in Ireland.

Colette Colfer is a lecturer in world religions with a background in journalism. She has won a number of national awards for her radio documentaries. More recently, she has written about the topic of gender identity and in 2022 she published her debut poetry pamphlet ‘Biology Matters’. Colette has researched, and made BAI funded radio documentaries about Islam in Ireland, about migrant religious groups in Ireland and the challenges they face in trying to find places of worship, and about Ireland’s changing religious landscape. She has a Certificate in Holocaust Education from Trinity College Dublin.

Iseult White is an author, psychotherapist, and computer scientist. She spoke up when Amnesty published a letter demanding the removal of “legitimate representation” from men and women who believe biological sex is binary, and that it is material in people’s lives, particularly in the lives of women and children. As the granddaughter of Seán MacBride, founder of Amnesty International, she believes that when a global human rights organisation seeks to curtail the speech and political representation of citizens they act in opposition to the founding principles of the organisation. She will discuss her concerns about the new hate crime bill, giving consideration to her own experiences of hate as a same sex attracted woman, and in the context of the pluralistic Ireland that her great grand parents, Maud Gonne and Major John MacBride, fought for. 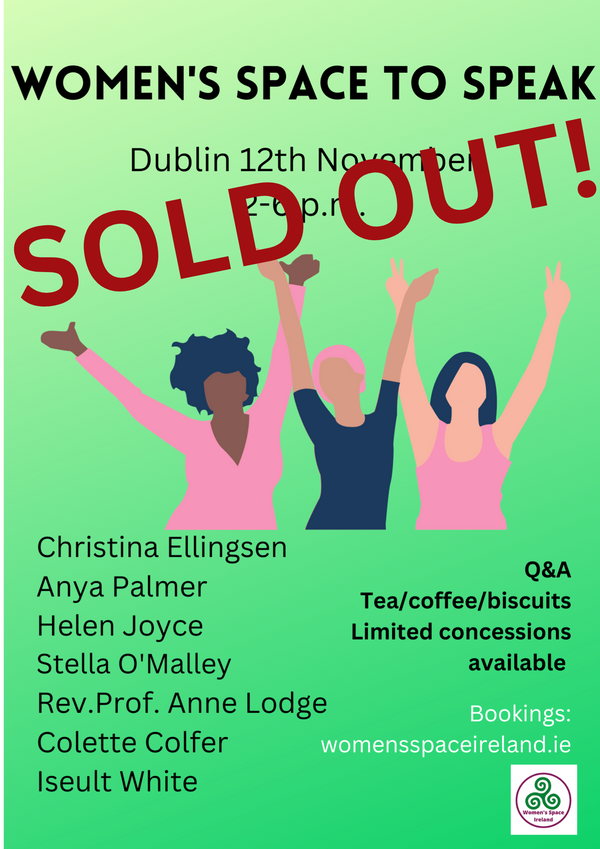 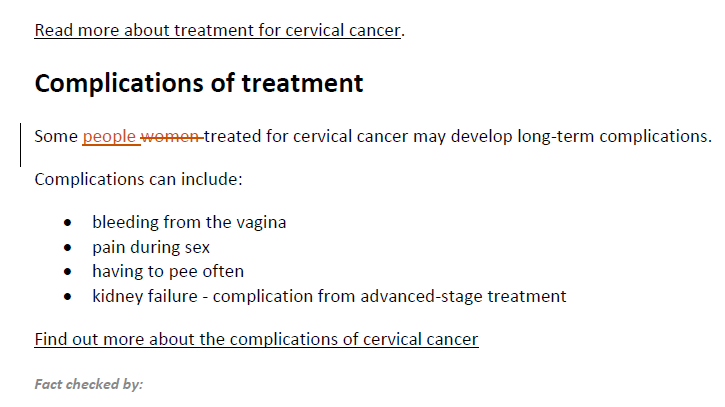 Thread from October 14th 2022 on problems with using "woman"/"women": Where did this initiative originate which is included in a heavily redacted set of minutes of the CervicalCheck Clinical