In the Programme for Government 2016 a commitment was given to "develop an LGBT Youth Strategy that will encompass education, youth services, mental health and other issues."  Described on the Government's website as Author, Journalist and Activist, Irish Times journalist Una Mullally was appointed by then Minister for Children and Youth Affairs, Dr Katherine Zappone in December 2016 as the Independent Chair of the group. What was produced was an LGBTI+ National Youth Strategy 2018-2020, the "I" being "intersex".

Differences of Sex Development is an umbrella name for some 40 different conditions that affect the development of the reproductive organs. The UK support group DSD Families points out that

"Intersex is a term that was previously used by doctors before DSD. For them it has the same meaning and doctors now see it as an out-dated term."

The group made a submission to the Scottish Parliament in its deliberations over the Census (Amendment) (Scotland) Bill to point out “that the inclusion of DSD/intersex as a trans identity in Article 18 of the Policy Memorandum accompanying the Bill incorrectly groups biological DSD/intersex states with sexual and gender identities”.

For most people, DSD Families says, it “refers to a person’s biological characteristics; and for many is not a sexual or gender identity unlike L, G, B, T, non binary, gender-fluid or Queer.” DSD Families said that they received written confirmation from the National Records of Scotland that the inclusion of intersex under the trans umbrella is ‘an error’.

“DSD/ intersex is not a ‘third’ biological sex, it is a series of different biological pathways which produce different anatomical characteristics among people who are female or male. A very small number of babies (estimated 7/8 per year in the UK –possibly one every other year in Scotland) have the biology that means they could be raised either male or female and a legal sex assignment is made.”

Ireland has a similar sized population as Scotland's 5.44 million at 4.92m (April 2019 estimate). All the rest simply have their sex observed at birth.

This inclusion of rare medical conditions which affects a very small number of people continues to be employed in the report from the Gender Recognition Act review group of June 2018, the National LGBTI+ Inclusion Strategy 2019-2021 and in the Garda Síochána Diversity and Integration Strategy 2019 –2021  in which the definition of gender includes "intersex".

Those who actually do have differences in sex development (DSDs) have repeatedly asked that their medical conditions not be used by lobbyists. As Claire Graham says

”I think the thing to remember is most intersex people aren’t interested in being used as a political tool. Most of us understand ourselves as male or female but with a medical condition that caused a difference in how we developed. A lot of the arguments you hear about intersex in the mainstream media either don’t come from intersex people or don’t represent how many of us see ourselves.”

Those with DSDs know themselves to be either male or female with some medical condition which they were born with.  Their conditions have nothing to do with how they "identify".  In fact, a study two years ago found that of 1,040 people with DSDs just 1% wanted to change their sex after puberty.  "So, lumping us in with trans en masse is actually not helping 99% of intersex people," as one woman with a DSD puts it.

A lobby which appropriates the medical conditions of others has yet to explain why it thinks it has the right to do this. 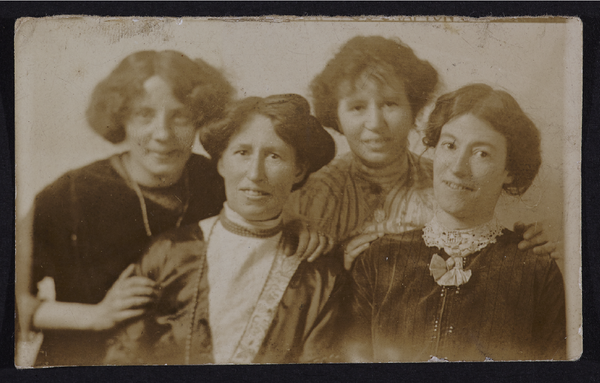 Many women prisoners are amongst the most vulnerable in Irish society. Yet with a Gender Recognition Certificate any man can self-id as a member of the opposite sex and be sent to a women's prison, even if he's a sex offender. 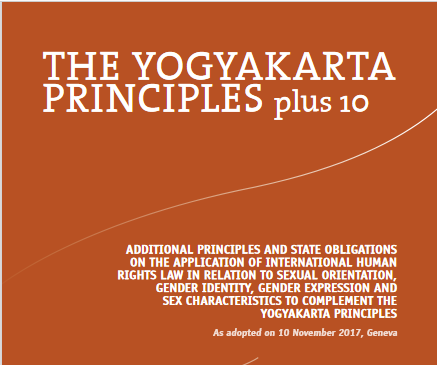 A set of principles, which are not binding on the State and which the Irish public has never had a chance to discuss or vote on, are being cited in Irish government reports on gender with far reaching consequences for women and children.