In the autumn of 2018 I wrote a poem, a piece in verse, called Woman. I recited the piece at an open mic poetry-night on the 14th December in Waterford City and, the following day, I posted the text on social media. Within weeks, two of my so-called best friends had cut me from their lives, a young woman wrote a blog calling on the local writing community to unite in opposition against me, and when a colleague mentioned the poem in a class about gender, two students made a complaint that was brought before both the students’ union and the Head of Department. In the midst of the whirlwind, it was impossible to make sense of what was happening but, with hindsight, I can see that what had happened was that I had blasphemed. To blaspheme is to speak against the sacred ideas of the time. Today, to blaspheme is to acknowledge immutable biological differences between men and women, to say that no child can be born in a wrong body, to say that sex is binary.

The offence of blasphemy was removed from the Irish constitution in 2018 at around the same time as the belief in gender identity was being anointed with a balm of sanctity. In my poem I said I was a woman because my body makes me a woman. I posed the question ‘would you agree that woman is a noun meaning adult human female’? I didn’t demand that anyone share my opinions, and I put forward different perspectives. But the new social and cultural climate that was emerging at the time deemed even questioning gender identity blasphemous.

Gender identity and sexual orientation are often conflated but they are very different categories with diverging histories. They require separate consideration in social policy and law. Sexual orientation is rooted in the body. It does not require medicalisation, surgery, changing names or language. It doesn’t impact on single sex spaces or on sports categories. Despite these differences, governments today often treat the categories as unified.

There are many parallels between gender identity theory and religion. The idea of an internal sense of self that is divorced from the body is akin to the idea of a soul. Pride month and other ‘holy days’ are quasi-religious celebrations with people demonstrating belief by draping flags over buildings and in windows, changing business logos to rainbow colours, and participating in public festivities. The new priestly caste could be said to be made up of the representatives of LGBTI+ groups who often have a direct ear to the government and deem pronouncements on directions that should be taken at government level.

Gender identity proponents use mantras, slogans and chants that sometimes sound like ritual incantations. People are expected to publicly affirm belief by announcing pronouns and by using pronouns in email signatures and in social media bios. Gender transition has parallels with the religious idea of being born again, or of reincarnation. There is a hierarchical type of caste system with tiers based on levels of privilege and oppression or victimhood.

There has been a decline in the importance of traditional religions in the Western world. Today, other belief systems are filling up the spaces vacated. Jungian analyst Lisa Marchiano suggests that people may be ‘unconsciously seeking a new way to conceptualize spirit’ and asks if gender identity ‘as a mysterious, disembodied imperative offers this?’

Others argue that religious sensibilities have resurfaced in secular forms. Nationalism has been described by some as an emotional surrogate for religion.[1] Transhumanism is another secular form of religion, involving a faith in the potential of technology to transcend the limitations of biology by uploading minds onto computers and thereby overcome death and suffering. The transhumanist vision is of a techno-utopia but history shows the dangers of utopianism. The future world that transhumanists imagine is post-biological where biology will be an irrelevance entirely.

When the then Irish Minister for Justice Charlie Flanagan announced the commencement of the Blasphemy (Abolition) Act 2019 that abolished the offence of blasphemy and removed all references to blasphemy from the Statue Book he said:

‘The very notion of criminalising blasphemy, with the risk of a chilling effect on free expression and public debate, has no place in the Constitution or the laws of a modern Republic. Ireland is a country of increasing diversity. The right to express differing viewpoints in a forthright and critical manner is a right to be cherished and upheld.’

Less than two years later, the current Minister for Justice Helen McEntee has published theCriminal Justice (Incitement to Violence or Hatred and Hate Offences) Bill 2022. This new Criminal Justice Bill protects gender, gender identity, gender expression and sex characteristics but the definition of the word ‘gender’ that’s contained in the Bill doesn’t adequately define the term (it uses a circular definition) and does not make reference to biology. Biology has become anathema in Irish society.

The word ‘blasphemy’ comes from a Greek word meaning ‘speaking evil’. Essentially, blasphemy reveals what a society cannot and will not tolerate. What is considered evil or intolerable changes over time as is illustrated by the various blasphemers down through the ages that include Socrates, Jesus, Galileo and Salman Rushdie. The idea of gender identity has become a sacred belief of our time.

Blasphemous material was believed to affect the people who read or heard it as well as the people who said or wrote it. Saint Augustine said that blasphemers slay souls and cause everlasting deaths. The church persecuted, Augustine said, ‘out of love’ and ‘to save souls’. [2] Some gender identity activists today say that those who assert the importance of biology are causing damage to those with gender identities and that to affirm a person’s gender identity is an act of kindness and of love.

If blasphemy damages those who hear the blasphemous material, it’s understandable that the accusation of blasphemy has been used as justification for censorship. It has also been used to blacken the names of religious enemies.

People who believe that biology rather than gender identity should take precedence in social matters in Ireland are being silenced. The three day discussion on RTÉ’s Liveline in June of this year resulted in the speakers being accused of hate speech, and demands were made for RTÉ to mend their ways – to censor the blasphemers. Calls and accusations such as these punish the blasphemer. They also set an example to others, reaffirm communal values and defend orthodox beliefs.

Obviously people understand blasphemy differently. Martin Luther in the sixteenth century condemned Catholicism, Judaism and Islam as blasphemies. Very cleverly, his list of blasphemies also included ‘opposing Luther’. One defendant in the New York People v. Ruggles case of 1811 found a defendant guilty who ‘had declared that Jesus was a bastard, his mother a whore’.[3] Today, acknowledgement of immutable sexual differences between men and women is a form of blasphemy.

‘Blasphemy’ and ‘heresy’ are terms that have been used interchangeably down through the centuries and the Inquisition was the attempt by the Roman church to root out or suppress various forms of heresy. It lasted in various forms from the 13th to 19thcentury.

One of the interesting things about the Inquisition is that it was supported by most people and even depended on local people to denounce heretics. Opposition to the Inquisition was rare. When opposition did occur it tended to be when either the number of heretics formed a majority or when those in positions of power spoke out. We need more people and politicians to speak out today about the relevance of biology. We need journalists to cover the topic with bravery and integrity.

One German inquisitor, Heinrich Institoris produced the Malleus maleficarum, (The Hammer of Witches) in 1486. This was Europe’s most famous guide for conducting witch trials. In the fifteenth century, most ‘witches’ were executed by the secular rather than inquisitorial courts. Nearly forty thousand witches were burned by Europe’s secular authorities. Most of those prosecuted were women. Institoris declared that this was because women ‘are more stupid, fickle, lighter-headed, weaker, and more carnal than men’.[4] Similarly, it is mainly women today who are condemned for speaking up against the new orthodoxy and even sometimes refer to themselves as witches. One t-shirt popular with the heretics of today carries the slogan ‘This Witch Doesn’t Burn’. Women who speak up to assert the relevance of biology, and who are sometimes called TERFs, are the witches of our time.

The very existence of the Inquisition impacted on lives and even non-lethal punishments could have life-long impacts. It most certainly ruined careers. Today, many careers, particularly in the UK and the US, have been ruined when people have raised their voices to question or object to gender identity theory. People today silence themselves. Some people I invited to attend today’s event openly said they could not risk their careers.

Punishments for blasphemy or heresy down through the centuries have included execution by burning, drowning, or stoning. They have also included excommunication, fines and imprisonment. One person prosecuted for blasphemy in an American colony was  sentenced to ‘boring through the tongue and a year in prison’. Today’s punishments for the blasphemy of biology can include loss of employment, public shaming, death threats, banishment from social media platforms, verbal abuse, and in some cases, physical violence. I read a few weeks ago that Norwegian trans activists have started having stones in their Twitter bio – for stoning ‘terfs’ in an echo back to the punishment of stoning for blasphemy in the medieval ages.

Today there is a type of gender identity inquisition that operates with the support of many people who often take it upon themselves to denounce heretics – either in their workplaces or on social media - and these people often have the support of secular authorities. The new priestly class often has the support of the secular state.

When biology is seen as blasphemy, this also has a negative impact on those suffering with gender dysphoria, particularly children. Gender affirming medicalisation and surgeries may negatively impact the body and can result in osteoporosis, sterility, and loss of sexual function. These and other biological impacts could be overlooked or not given enough attention if patients are treated ideologically rather than on the basis of best medical practice rooted in biological research.

Although different forms of beliefs emerging in contemporary society might not be immediately recognisable as religious, and although the old crime of blasphemy has disappeared from Ireland’s constitution and Statute books, a new form of blasphemy has emerged. As with the Papal Inquisition, the only way to challenge or oppose it is if we have a majority of heretics, of blasphemers. More people, including those with power, must speak up. Today is a step in the right direction. 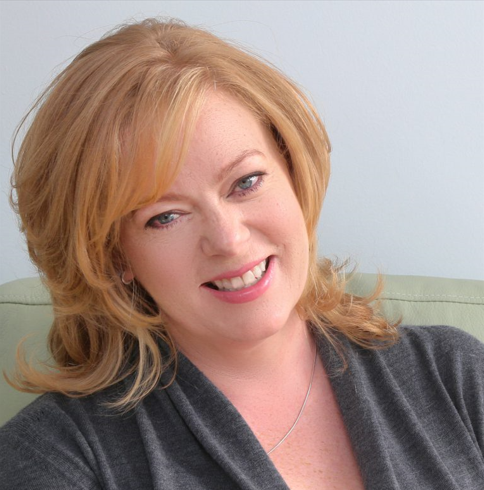 Iseult White at Women's Space to Speak, 12th November 2022.         Hate crime is horrible. It sends a message to the victim that they, and their kind, their children, their family, 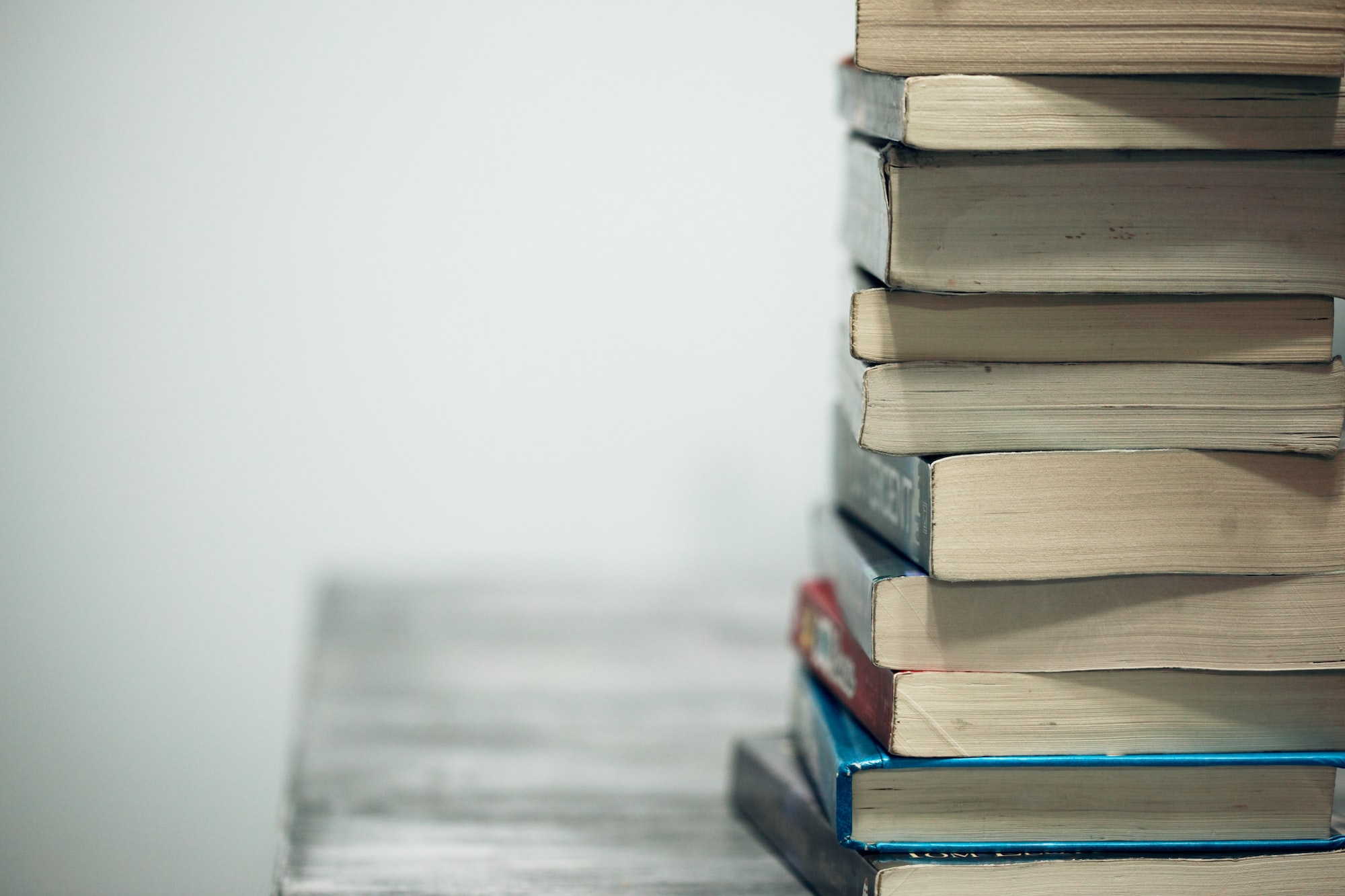 Anne LodgeWomen's Space Ireland Event, Saturday 12th November 2022 Introduction Good afternoon. First can I thank the organisers for inviting me to be part of this panel. Second, can I